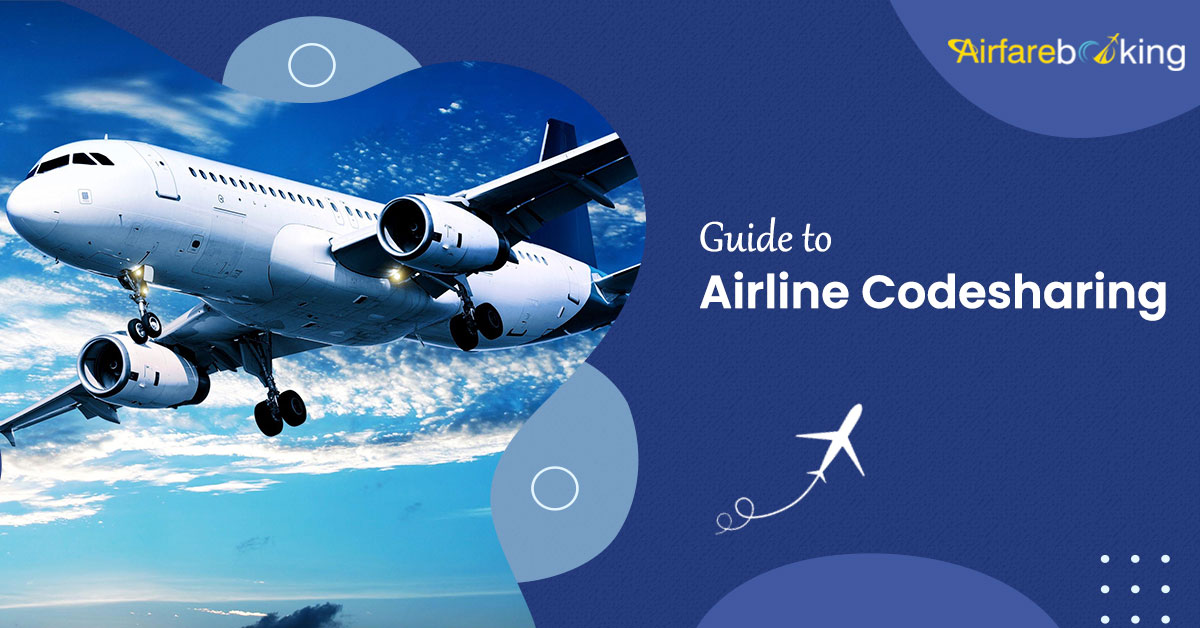 If you fly often or are involved in the aviation industry, you may have heard about airline codeshares.

Although the word is self-explanatory, it is a little more complicated than that. This article will guide you about the business arrangement between different airlines known as codeshare agreements.

Basically, two or more airlines share the flight code and market fares for the same flight.

Don’t worry if you are confused, by the end of the article, you will not only understand how codesharing works, but also how it affects the passengers and airlines.

To know about codeshare and how it works, you must first understand some other terms. Let’s get straight into it:

Any flight itinerary is composed of one or more flight coupons. In simple terms, a flight coupon represents the journey from one airport to the other.

So, for instance, if the Toronto to Delhi flight itinerary comprises of a single flight coupon, there is only one airline operating nonstop flights from Toronto to Delhi.

Similarly, if there are two flight coupons between the destinations, it means the flight has a stop between Toronto and Delhi, say, Ahmedabad. So Toronto to Ahmedabad ticket is operated by one air carrier, and flights from Ahmedabad to Delhi by another.

This term describes all the flights on an indirect route with one airline only.

An interline flight means a flight on an indirect route that is operated by two or more airlines.

These are unique codes used for the reservation and other reasons. This alphanumerical code is comprised of two alphabets followed by a number. This signifies the airline and the destination.

Keeping these in mind will help you understand codesharing better.

Codesharing is a means to sell seats on partner airlines. Code-sharing serves many purposes. One reason is to gain access to untapped markets indirectly. Others include the expansion of the network and enhancing service quality.

The airline that provides aircraft on a particular route is the operating airline.

For every flight coupon, there is a single operating airline and one or more marketing airlines.

Codeshare agreements follow many different formats. However, you will find two main categories of codesharing formats or types below. Let’s start with the most common:

Under the free-sale codeshare agreement, both the airlines agree to sell seats on each other’s aircraft with no or little capacity restrictions.

The free-sale format dictates no restrictions on the number of seats a marketing airline may sell. The marketing carriers also have the power to decide their own fare structure.

On the other hand, the operating airline has greater control over the seat assignment and schedule changes.

The reason behind the free-sale codeshare agreement being so common is that it is the least formal and has a broader scope.

This is different from the free-sale in the sense that both the airlines, marketing, and operating divide the seating capacity.

The marketing carrier blocks a particular number of seats on the operating airline’s aircraft by purchasing them. The marketing airline then sells the block of seats to the passengers and retains the revenue earned.

Also, both airlines determine their own fare structure. Block-Space agreement usually takes places between airlines that have no partner history

As established earlier, the codeshare agreement mutually benefits the participating airlines by sharing the same flight number. The check-in process on codeshare flights may confuse some.

Check-in with the operating airline, rather than the marketing airline. That means, even though you may have booked Air Canada flight tickets to India from Toronto, but if the flight number on your ticket is of a Lufthansa aircraft, then you will check-in with the latter.

The same goes for your baggage. The baggage check-in instructions will be on the ticket.

This type of agreement is different from codesharing. Under Interlining participating airlines agree to handle passengers whose itineraries include both of the concerned airlines.

This means cooperating in baggage handling and passenger check-in process from the origin to the destination.

Another key difference between interline booking and codeshare flights is that the former is a flight that is a part of a wider itinerary. On the other hand, the latter is the whole flight.

You only have to check-in once for interline flights. The airline which operates the first flight or leg of the itinerary checks you in.

Similarly, you will check-in baggage with the departure airport and collect it from your final destination.

From the customer standpoint, codesharing effects connecting flights. For instance, if you travel on New Delhi to Toronto flight ticket via Mumbai, you can travel on a single ticket and under the same flight code.

This means you don’t have to book two tickets for New Delhi to Mumbai and Mumbai to Toronto flights.

Airlines can expand its flight network to the extent that the participating airlines wouldn’t have able to cover on their own.

Codesharing also creates the opportunity for airlines to compete in markets without actually allocating resources like aircraft fleet.

Moreover, air carriers have the opportunity to increase the frequency of flights on a particular route. Codesharing also helps air carriers to cut down costs.

The first codeshare agreement dates back to 1967. However, the term came to life when Qantas Airways and American Airlines proposed the codeshare business arrangement.

Fast forward to today, and you hear the term everywhere. Although you do not have to be a guru on the codeshare matter, it helps you in becoming a smarter passenger as you would know what to expect.

So, next time you book flights for one airline and end up boarding aircraft of another airline, you will know exactly what is going on.