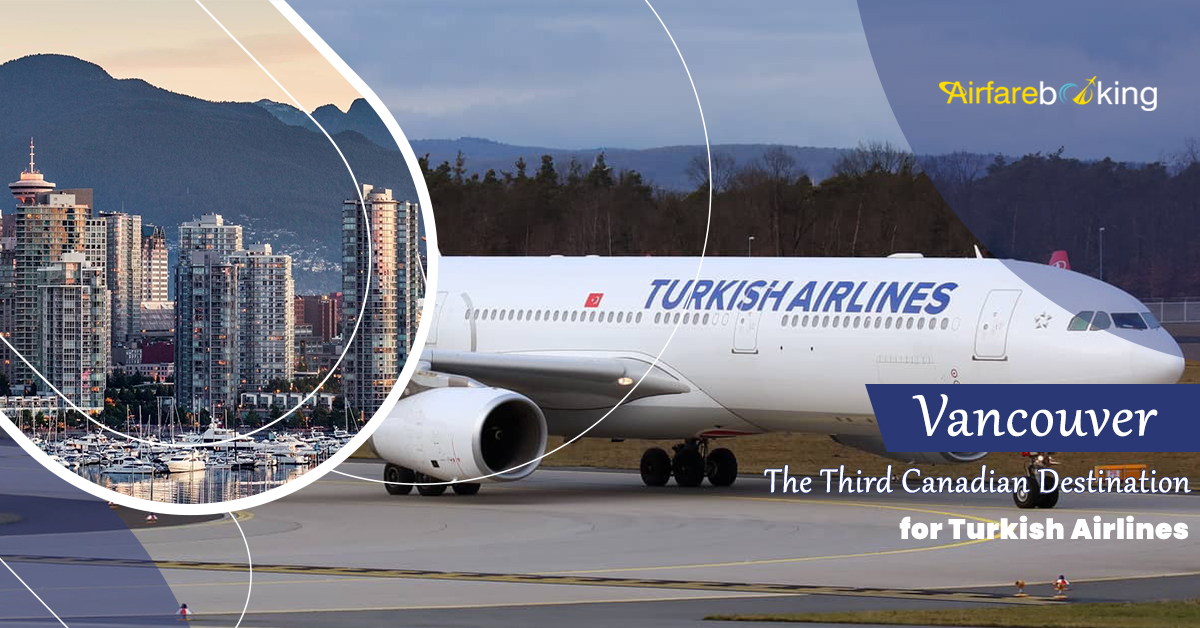 Türk Hava Yollari, better known as Turkish Airlines, needs no introduction. It is the leading international air carrier in the world.

Moreover, it is the largest mainline airline, and also flies nonstop to more destinations from the same airport than others.

But that is not it. Turkish Airlines flies to more countries than all of the other airlines. And Canada is one of those 126 countries. Currently, the airline serves Montreal and Toronto airports.

However, in June 2020, Vancouver will be the third Canadian destination for Turkish Airlines.

Here’s what the Chairman of the Board and the Executive Committee has to say:

Mr. Ilker Ayci noted that it is vital to maintain Turkish Airline’s dominance as the largest international flight network.

Also, adding that, the airline’s performance in the American continent so far has been a net positive.

Ayci also commented on the 2019 change of Turkish Airline hub to the new Istanbul Airport as the “biggest move in aviation history.”

Starting June 9, the flight will operate from the airline’s main base, Istanbul Airport (IST) in Arnavutkoy.

The airline announced its introductory fare. Book roundtrip flights will be as cheap as $645. The cost also includes tax.

Further, the aircraft serving the route will be B787-900 Dreamliner aircraft. It will feature a 30 Business and 270 Economy seat configurations.

Further, read below to find out the days on which the airline will operate.

The frequency of flight to Toronto Pearson Airport (YYZ) will be thrice weekly, i.e., Tuesdays, Thursdays, and Sundays.

The number of Turkish Airline flights in Canada will grow to 12 flights a week in June 2020.

Presently, the number of weekly Turkish Airlines flights to Toronto is six. Montreal Airport (YUL), on the other hand, offers three weekly flights.

If you consider the whole of North America, the airline operates from 14 destinations. Vancouver Airport (YVR) will be the 15th.

However, in exceptional cases such as overflow of traffic, and so on, the terminal may change.

In case of any queries, you can reach Turkish Airlines Flight Reservations and Customer Care at 1-800-874-8875. There are other ways to reach the airline.

Further, you may even take advantage of the Turkish Airlines Mobile App. You can also view the airline’s flight booking features and flight schedule.

You can track the status of the flights by visiting the Turkish Airlines website.

Also, you or your family members can view detailed information on arrivals and departures. You may filter your searches by flight number, airport, and city.

This becomes even more necessary since the airline flies to almost every corner of the world.

It is not very hard to guess what gateway of Montreal Turkish Airlines uses. Since Montreal has only one huge Terminal segmented into International, Domestic, and Transborder Area.

You can head over to the departures hall in the main building. You can also follow the instructions on your Turkish Airlines flights from canada to india.

Turkish Airlines suggested its interest in operating flights to Vancouver. Starting June 9, 2020, the airline shall fulfill the same. Introducing only three flights a week is a great idea.

Turkish Airlines may increase the number of flights eventually in necessary and inspect the business potential meanwhile.